The American Dyestuff Reporter (ADR) actively covered textile research and industry events from its inception in 1917 until 1998. ADR was purchased by AATCC in 1999.

The ADR Editorial Index, each year from 1922-1998 is available to all online. 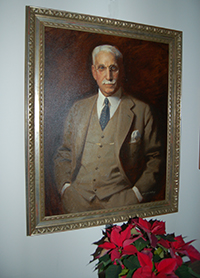 The American Dyestuff Reporter (ADR) played a major role in the establishment of AATCC.  Louis A. Olney, founder of AATCC, was a professor of chemistry and dyeing at the Lowell Textile School, was involved with key management of several textile firms in the Lowell area, and served as the first editor of the technical section of ADR, for more than twenty years, shortly after ADR came into existence. Olney was asked to actively cover textile research and industry events in ADR from its inception in 1917. Through his editorials, Olney actively solicited for the formation of a “Technical Association of the American Textile Industry”.  He stressed the opportunity for developing and propagating needed scientific standards for testing dyes and textiles.  These editorials led to meetings that resulted in the formation of AATCC.  Olney continued as the technical editor for more than twenty years.  ADR was purchased by AATCC in 1999.

For more information on ADR and AATCC, download and read Dyeing for a Living, a history of the first 75 years of AATCC.